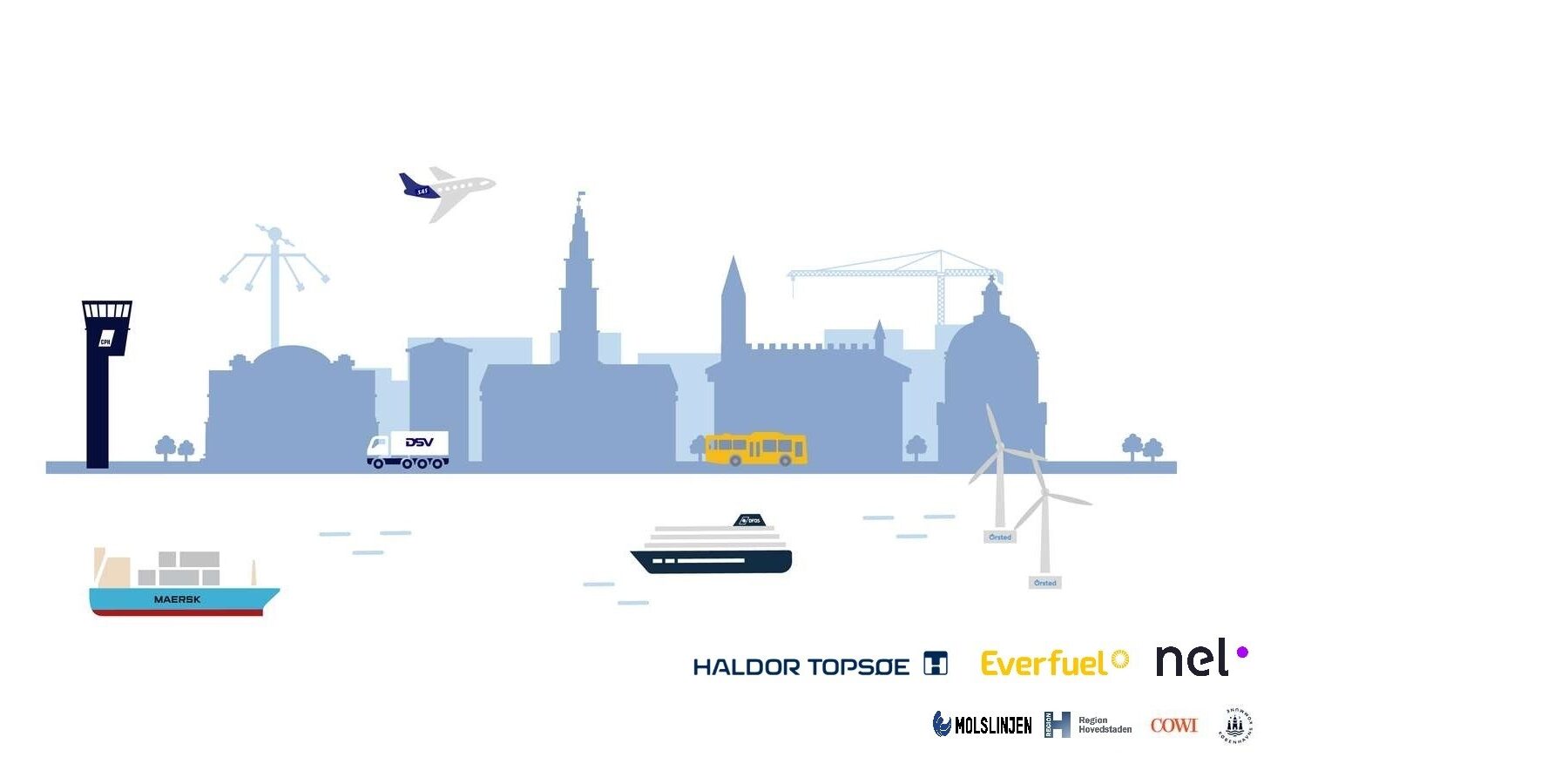 The partnership behind the Power-to-X project ‘Green Fuels for Denmark’, led by Hydrogen Denmark’s member Ørsted, has, as a result of the increased Danish ambitions within Power-to-X, decided to advance parts of the project in order to produce green fuels for the heavy transport sector already in 2025. That is two years earlier than previously planned. Ørsted communicates this in a press release today.

More specifically, the project partners will supply the first 100 MW electrolysis capacity of the planned 250 MW in the second phase of the project in 2025 instead of 2027. ’Green Fuels for Denmark’ can thus potentially supply green fuels corresponding to Denmark’s total domestic consumption of jet fuel in 2027, when the full second pahse of 250 MW is expanded, thus fulfilling the government’s ambition of 100% green domestic aviation in 2030, three years ahead of plan.

The 100 MW electrolysis capacity will be able to produce over 50,000 tonnes of methanol by 2025. A large part of this has already been allocated to shipping, but in light of the government’s ambitions in connection with green aviation, the consortium behind the project will now investigate whether the production of green fuels dedicated to aviation can also be moved forward to 2025.

Behind the project ‘Green Fuels for Denmark’ is a consortium consisting of Ørsted, SAS, Copenhagen Airports, A.P. Moller – Maersk, DFDS and DSV. Hydrogen Denmark’s members Nel Hydrogen, Haldor Topsøe and Everfuel are partners in the first phase of the project, and are active in the development phase of phase 2. Hydrogen Denmark’s member COWI is a knowledge partner. Furthermore, the project is supported by Molslinjen, the City of Copenhagen and The Capital Region of Denmark.

The project also stands to receive IPCEI support, which is a pan-European investment in hydrogen.