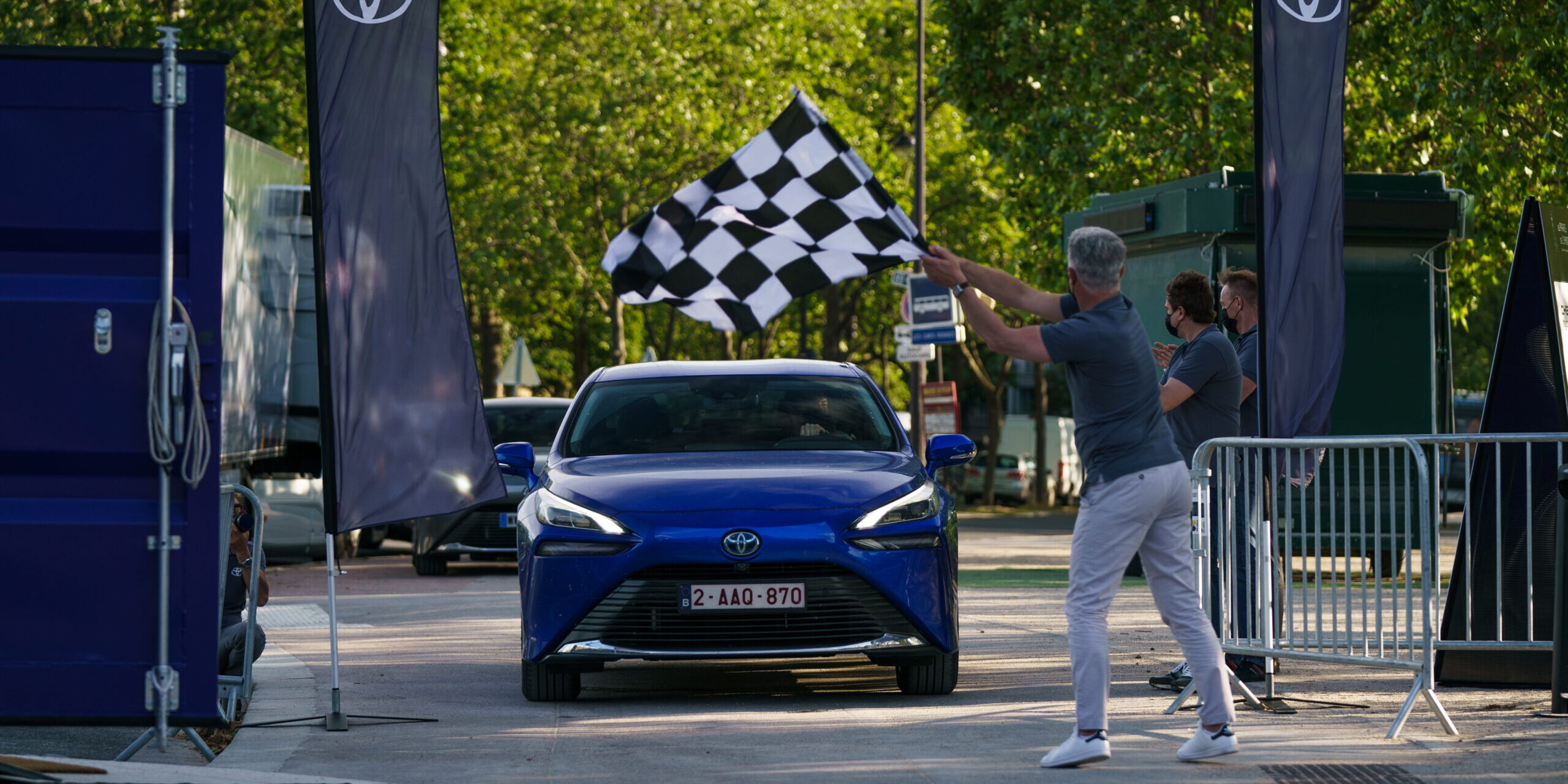 The trip started on May 26 from HYSETCO hydrogen filling station in Orly, France, and ended after 1004 km on only one tank of green hydrogen. The trip was driven on public roads, south of Paris and in the Loir-et-Cher and Indre-et-Loire areas. The average fuel consumption was 0.55 kg per 100 km and Mirai is thus able to store 5.6 kg of green hydrogen.

After breaking the world record, the same Toyota Mirai was fully refuelled in just 5 minutes and was ready to drive again from there. The world record demonstrates the technology of hydrogen fuel cells as a leading solution for long-distance zero-emission driving distances.

In connection with the new set world record, Frank marotte, CEO of Toyota France, says: “It’s an amazing challenge that we achieved with the new Mirai. Internally, it is the mindset of Start your Impossible, going beyond our own limits, that drives us, and we proved it again today. I would like to thank the teams of Toyota France and Toyota Europe, as well as Victorien at Energy Observer, with whom we share the same vision and the same ambition. It is by strong partnerships that we will be able to contribute to a better and more environmentally-friendly society. With Toyota’s ambition to go ‘Beyond Zero’ in mind: take a seat for the future.”