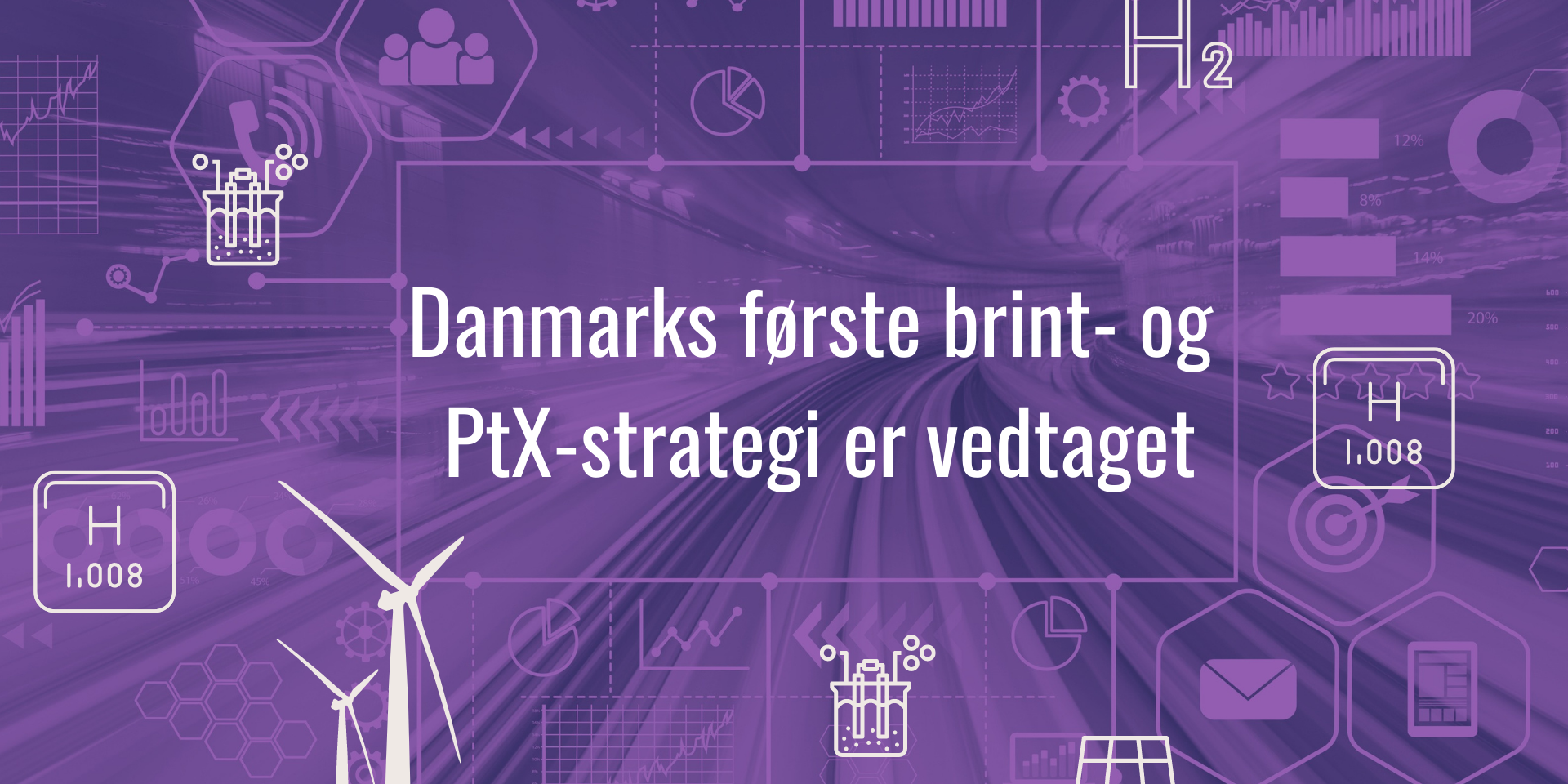 There is joy in the Hydrogen industry over today’s political agreement on a new Danish Power-to-X strategy. The strategy meets the industry’s long-standing desire for the establishment of hydrogen infrastructure, a new tariff reform and the possibility of establishing direct lines. Now it is crucial that there is sufficient funding and pace in the implementation so that the Danish hydrogen industry can go from strategy to large-scale. The energy crisis in continuation of the war in Ukraine already places new demands on the pace of the Danish hydrogen effort.

“The government and the conciliation parties deserve praise for a comprehensive strategy that aims to address many of the challenges that the industry has long pointed out. Eg. will the possibility of establishing direct lines between e.g. wind turbines and electrolysis plants both make the energy system more robust, and at the same time strengthen the business case for hydrogen producers, ”says Hydrogen Denmark’s director, Tejs Laustsen Jensen, who emphasizes, however, that the challenge of obtaining sufficient renewable energy (RE) remains.

“Danish hydrogen must be green hydrogen, and that probably requires RE. There are good intentions in the strategy for further RE expansion, and we look forward to them being translated into concrete plans as soon as possible. Because it must never be a lack of RE that stands in the way of realizing the Danish hydrogen and PtX potential,” says Tejs Laustsen Jensen.

Hydrogen Denmark is also pleased that with the PtX strategy, a decision in principle has now been made on the establishment of a Danish hydrogen infrastructure:

“It is a historic decision that is crucial to the green energy system of the future. We must be able to transport large amounts of hydrogen around Denmark, e.g. from the place of production to plants that produce methanol, ammonia and other fuels, and it is also important that Denmark is connected to the rest of Europe, where the demand for green hydrogen is growing. Together with new tariffs and direct lines, it will help to ensure that the green energy system is cohesive,” says Tejs Laustsen Jensen.

But even though there is full-blown praise for the strategy, its success, according to Hydrogen Denmark, depends to a large extent on how – and not least how quickly – it is implemented, and on the strategy being followed up, among other things. in the field of transport.

“First of all, we are busy. Both the climate and our security of supply are under pressure, and hydrogen and PtX are crucial for realizing both the 70% target and for ensuring energy independence for Denmark and Europe. Green hydrogen is crucial for getting Europe out of dependence on fossil Russian energy quickly, so we need to move immediately to unfold the strategy and we need to roll out plans to strengthen national removals in transport and industry. So there is plenty of work ahead,” says Tejs Laustsen Jensen, and concludes:

“Today we celebrate that Denmark has a strong and forward-looking hydrogen and PtX strategy that places Denmark exactly where we should be, namely in the international leadership field. Hydrogen Denmark, together with our members, has worked hard and long to ensure that we in Denmark insist on not just being part of the development, but actively seeking to lead it. The strategy is an important step in that direction, and now we must turn potentials into realities.”

Watch the video: Hydrogen Denmark has long advocated for a Danish hydrogen strategy – the joy is therefore great today.

Read more: The PtX agreement with the Ministry of Climate – Energy and Utilities